"Random Acts" is the twentieth episode of the third season of ER. It first aired on NBC on May 1, 1997. It was written by Carol Flint and directed by Jonathan Kaplan. It has Mark Greene who was violently assaulted by an unknown assailant, leading the staff springing into action. Doug Ross treats the son of rich parents as he makes a drastic switch of addiction from sex. Maria Bello makes her first appearance as prediatrician Dr. Anna Del Amico.

Mark was viciously beaten up in the hospital's men's restroom. When Doug finds him, the frantic ER staffers sprang into action to save him.

Doug makes a switch of addiction from sex to golf as he treats the son of wealthy parents. Benton learns that Carla is admitted in the hospital with contractions.

LIFE PARTNERS: Benton acts as Carla's birthing coach, but she wants someone less critical and more reliable. Jeanie tries to get her HIV-positive, ex-husband into her current boyfriend's AIDS study.

Greene is threatened by the brother of a gunshot victim who was caught in the crossfire of a drug dispute. The victim, a black man, died while the white drug dealer survived.

Later, in the hospital bathroom, Dr. Greene is viciously attacked by an unknown assailant.

Jeanie Boulet sees her ex-husband in a new light and arranges to get him into a special program at County General. Her boyfriend Greg realizes that she may still be in love with him. The staff has a bit of fun when someone finds the manuscript to a trashy novel where all of the major characters are obviously drawn on ER staffers. Doug Ross treats a child for a broken wrist but also notices that he may have problems with his sight. Benton's girlfriend Carla finds herself hospitalized for the remaining 8 weeks of her pregnancy. Mark Greene has a rough day with several relatives who are less than happy with the care being provided to their relatives but when he is savagely beaten in the men's room, he has no idea who is assailant might be. A new resident, Dr. Anna Del Amico, joins the ER team. Benton and Carter get to assist on a kidney transplant but unlike the other surgeons, Carter is more interested in the patients than the surgical procedure.

Alissa Gunther: Am I gonna have a scar?

Dr. Maggie Doyle: A small one.

Alissa Gunther: But I'm a majorette!

[Carol is reading a story they found under the desk]

Nurse Carol Hathaway: "Witchcraft attracted her as a child when Zulu tribesmen on her father's game preserve tried sorcery to heal her shriveled leg."

Jerry Markovic: Oh, Weaver's in it?

[Carl has just donated a kidney to his sister]

Carl Twomey: You did it.

Dr. John Carter: Okay, no fighting. I did it. 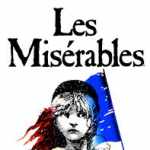 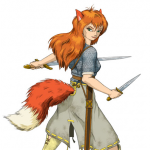