Left to spend more time with her family

Jeanie Boulet is a fictional physician assistant from the television series ER. She is portrayed by Gloria Reuben.

Jeanie was first introduced in season 1 as a recurring character. She was the physical therapist hired by Dr. Peter Benton to care for his aging mother. Jeanie, who was married at the time, soon began a romantic relationship with Benton, but things fizzled when she could not make a decision about her marriage.

She reappeared as a series regular a few episodes later in season 2 as a new physician assistant at the County General ER. Toward the end of the season, her husband Al Boulet was admitted to the hospital and it was discovered that he had contracted HIV. Jeanie and Al had been separated since the beginning of the season, but he may have contracted the virus years earlier as he had slept with other women during the time they were married. Jeanie got tested for HIV and urged Benton (her recent lover) to undergo testing as well.

In the third season premiere, it was revealed that Benton did not have the virus, but Jeanie tested HIV-positive. Benton questioned whether Jeanie should still be working in the ER, but he later accepted that she would be able to take appropriate precautions and supported her decision to remain at County. Later in the series, Jeanie and Peter actually became somewhat close, with Jeanie helping Peter cope with the realization that his son Reese was deaf.

During season three, Jeanie embarked on her first romantic relationship since her HIV diagnosis, with a doctor from Infectious Diseases named Greg Fischer. However, during this time, she also rekindles her closeness with Al and eventually Dr. Fischer breaks up with her upon finding out about their reunion. Jeanie and Al move back in together and renew their relationship.

In season four, Al loses his job when an accident at the job site forces him to admit to his coworkers (and friends) that he is HIV positive. Al gets another job in Atlanta during the 4th season and plans to move; Jeanie declines to join him, and they part ways once more. Al was never seen on the show again, but Jeanie bitterly references him in Season 5 when she learns she has contracted Hepatitis C and is sure Al is responsible; however, when she goes off to confront him over the phone Al faxes her accurate medical records which show he does NOT have that illness (this helps explain in a much later-run return by Jeanie why she has specific and emotional information about what has happened to Al since then).

It is also at this time that Jeanie develops a strong friendship with Kerry Weaver. Jeanie had initially been afraid that Weaver might terminate her position at County if she found out about Jeanie's HIV status. This turned out not to be the case, and Weaver even laid out restrictions under which Jeanie would be allowed to continue treating patients while HIV positive. However, Kerry and Jeanie's friendship was tested when Kerry was forced to fire Jeanie for budgetary reasons.

Jeanie accuses Kerry of trying to fire her over her HIV status, as Jeanie had been forced to break one of her workplace restrictions in order to treat a trauma patient earlier, and threatened to sue the hospital for discrimination. Dr. Anspaugh gave Jeanie her job back to avoid the lawsuit, and Jeanie and Kerry eventually settled their difference.

In season four, Jeanie becomes the part-time private care giver of Scott Anspaugh (portrayed by Trevor Morgan), the son of Dr. Anspaugh. Scott is battling both B-cell lymphoma and depression, and only Jeanie seems to be able to raise his spirits and inspire hope in him, by talking to him on his level and by drawing his blood with little pain. The two develop a strong friendship over a five episode arc, which sadly ends in Scott's death. At his memorial service, Jeanie had been planning to sing a spiritual song in his honor, but changed her mind and sang one of Scott's favorite songs, "Good Riddance (Time of Your Life)" by Green Day instead.

Early in season six, Jeanie adopts an HIV positive baby boy called Carlos after his mother dies in the hospital, and marries a police officer named Reggie Moore. She tries to stay on at County and parent her child, but eventually decides to leave County in order to spend more time with her family.

The final episode that Jeanie appeared in was the sixth episode of season six, which was entitled "The Peace of Wild Things". She left with a standing offer from Weaver to return to County and her old job, but she never returned to work at County.

In the Season 14 episode "Status Quo", Jeanie briefly returned to the ER after 8 years when her son Carlos suffers a head injury during a Physical Education class. Initially, it is believed that he is fine; however, a CT Scan revealed that he had a growth on his brain, which is customarily a sign that HIV infection has progressed into an AIDS condition. Boulet didn't find any of her old colleagues she knew (like her friend Dr. Kerry Weaver) working there anymore and was only identified by Nurses Haleh Adams and Chuny Marquez. After initially having difficulty adjusting to the changes in her former workplace, she permitted full treatment and came to support the decisions of the new staff of the ER, including the new Attending Dr. Greg Pratt, with whom she initially had difficulty agreeing with. It was partly because of her return and inspiration that Dr. Pratt was convinced to continue his job at County, as he had earlier given his two weeks notice of resignation when the hospital board dismissed his efforts to take on a leadership role in the ER.

In the time between her last appearance and return, Jeanie and her husband Reggie have undergone a separation and have joint custody of their son. Jeanie also remains a counselor for young people with HIV status. Her clinics (one on the North side of Chicago and another on the South side) have become her personal mission, and her time-consuming commitment to them contributed to the end of her marriage.

Jeanie reveals to Pratt that her son helps to drive her and her cause to help others with HIV infection and that she doesn't know how she will cope if he were to die. She also reveals that her ex-husband Al died two years earlier from his HIV/AIDS condition, severely emaciated to a weight of only 78 pounds and apparently demented as he was unable to even recognize her. 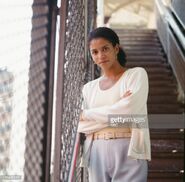 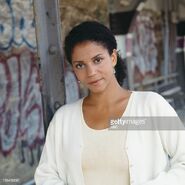 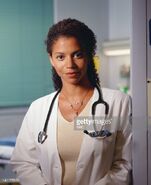 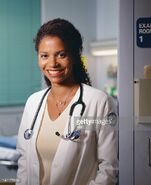 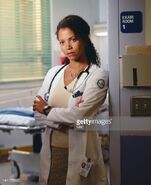 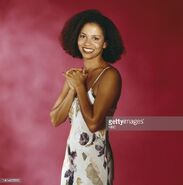 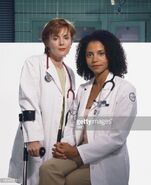