Heal Thyself is the seventh episode of the fifteenth season of the NBC medical drama series ER. It premiered on November 13, 2008. It has Anthony Edwards returning as Mark Greene in the flashback role as Catherine Banfield's past is revealed.

While out for a mind-clearing run, Banfield encounters a desperate situation and finds herself trying to rescue a very young girl from drowning in a nearby lake. Painful memories of her son in mortal danger and Dr. Greene 's heroic attempts to save him are triggered during the experience. Meanwhile, Gates attempts to pull some strings to help out a homeless war veteran, and the interns continue to struggle in the ER.

Courtney B. Vance as Russell Banfield 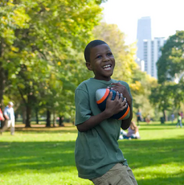